Dealing with Depression
Pt. 2 – Discussing Depression with Your Doctor

The first thing a doctor will at your appointment for depression is ask a few questions about your mood and related symptoms – are you sleeping ok, are you eating more or less than normal, or are you not enjoying the thing that you normally would.  Sometimes in a visit for other issues, the doctor will notice if you are not quite yourself and ask how things are going.  Frequently someone will come in to discuss this, and then minimize what they are feeling to the doctor: “I sometimes feel down, but it’s not that bad.”  The doctor will think it’s not a problem and therefore not address it properly.   I have found that when someone brings up a concern like this it is best for me to take it seriously even if the person downplays it.  A few follow up questions will help determine how serious of an issue this is.

If you are not sure whether or not you should bring your feelings up – bring them up.  A few questions from the doctor will help determine if this is a significant issue or something that just needs some time.  Remember that it’s easier to put out a small fire than a big fire. The two-week rule is helpful for this – we all have bad days, but if it seems like a “down day” has lasted more than two weeks, talk to the doctor about it.

The next step is to screen for other things that may appear like depression.  Thyroid disorders can be ruled out with a quick test.  Anemia and electrolyte disorders can also cause you to feel sluggish and not yourself.  We also look for any problems related to alcohol or substance use, including prescription medications, that can cause depression.

Once we determine if there is a true clinical depression present, then we possible causes and appropriate treatment.  Persistent situational depression can respond very well to a good counselor.  Recurrent depression where genetics plays a role tends to respond better to medications to help get the stabilize the brain chemistry.  A combination of treatments can be used if there are multiple factors affecting the depression.

It may take several weeks to respond to treatment.  The medications are not “happy” pills; they are normal pills and we’re not really programmed to notice “normal.”  I often see couples come in to follow up on the medication, and the person taking it will say “I don’t know if it’s working, I don’t really feel different” while the spouse will say “This is night and day from where we were!”  It is important to have clear expectations – successful treatment means you feel more even-keeled, stable, and able to react appropriately to problems as opposed to feeling constantly overwhelmed.

When people do try treatment, and it works for them, they feel better.  They feel like they can be the person they used to be.  It helps them with their relationships at home, and it helps them perform better at work or in school.  Chronic depression is a heavy burden to carry, and treatment lightens the load.  If you think you may have depression that is affecting your ability to function, let us know.  We want to help!

“Doctor, I feel tired all the time.  I don’t want to get out of bed.  I feel like I’m making stupid mistakes all the time…  I don’t want to hurt myself, but sometimes I think it wouldn’t be a bad thing if I had never been born.  I feel worthless, which makes me hungry – I feel good when I eat, but then I feel bad about eating…  I don’t like where I am and this is not me.”

Depression can be a subtle feeling that influences some aspects of our lives, or it can be a dramatic feeling that prevents us from enjoying any aspect of our life at all.  I am amazed at how many people don’t realize they are depressed when they come in complaining of “just feeling off.”  I will ask “Do you have any stressors in your life right now?”  “Just the usual.”  “What’s the usual?”  And then they reply with something like “Well, things are really tight financially and that’s causing a lot of friction between my spouse and I.  We have bills to pay and I don’t know if I’ll still have a job tomorrow because they’ve had to downsize a lot of the staff.  I hate my job but can’t afford to leave it.”

The numbers are also astounding – 9% of the population will struggle with severe depression at some point in their lives.  People who are facing stressors, chronically ill, in an unstable environment, or who have a family history of depression are at the highest risk for developing severe depression.  As physicians, when we discuss it in the office with patients, we usually describe it as being on a spectrum, with the genetic element on one end, and the situational element on the other end.  We are all somewhere in the middle, some with a larger genetic component and so needing only a smaller trigger, and others with a smaller genetic component and so needing a larger trigger to become depressed.  Whatever genes we have, we play the hand we’ve been dealt.

Some people present differently than the norm.  In patients above the age of sixty we often see anger or irritability as the main presenting symptom.   As their bodies stop behaving the way their minds feel, sometimes an edge develops that wasn’t there before. In adolescents it can be challenging to distinguish between normal teenage angst and depression.  Many parents get concerned, but calm themselves down with “it’s just a phase, he’ll grow out of it.”  But the feelings persist, and the teenager is suffering.  Frequently the person feels something is off, but doesn’t know how to put it into words.  Sometimes the person knows they are depressed, but feel they need to power through it.  If these feelings last more than two weeks, or they keep coming back over time, there is assistance that can make a powerful change in the person’s quality of life – and in the quality of life of their loved ones.

If you feel this describes you, and it’s been affecting you for more than two weeks, let us know – we are here to help!

Next Week:  Part 2 – Discussing Depression with Your Doctor. 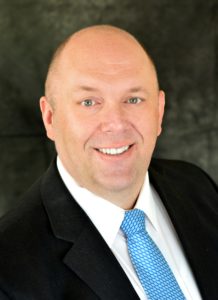